A lieutenant is promoted to the Captain of a work unit. The work unit consists of an existing lieutenant, two support staff, and 12 officers.

Upon arrival to the work unit, the new captain assesses the administrative and operational inner workings of the office. He is notified that his office has just received two new laptop computers. He immediately assigns himself one of the new ones and then transfers his old computer to one of the junior officers in the work unit. The second new computer, he gives to the most senior officer in the work unit.

He looks through files and conducts several file reviews. He notices that there are many closed cases that have final dispositions that do not reach his expectation in the degree of specificity or manner that they are written. He immediately constructs a memo for the officers to reopen these cases and correct these dispositions then re-close.

The call roster in this office is unique due to the fact that it separates call for officers by days and then has separate weekend calls. The new captain learned that this has been the case at this work unit for many years. Although this may be the custom of this office, it would be much easier upon the supervisors with all of the duties that they incur to change the call roster where a particular officer is on call for that entire particular week. He moves forward and changes the way the call roster is completed.

While checking administrative reports, the captain determines that car reports are very difficult to check behind due to the fact that the officers are not rounding off their gas purchases when pumping gas. He immediately put out a memo to all officers to pump their gas to even figures on the pumps. Such will save time and energy while reviewing car reports monthly.

An advantage this captain has in this promotion in this work unit is that one officer in the office is a career long friend and confidant. He has had a relationship with this officer for many years and fully trusts him. He finds himself using this officer as an information source regarding the work unit’s activities, conduct, and behavior. He also confides in this officer in some issues that he doesn’t even discuss with his lieutenant.

He has found this officer to be a valuable resource within the work unit and feels free to tell him anything at any time no matter how sensitive.

As the new captain continues through the months ahead to bring the work unit into the “ship shape” status he desires, he regularly talks about his ambition to be promoted to major one day and that the work unit team must mirror the successful processes he has enhanced.

During a very busy time for the work unit, the captain conducts a file review. The file review is conducted out of the presence of the principle officer who investigated the case. The captain closes several cases administratively on his own due to the fact the files lack updates and his opinion is the cases can go no further. Such is in his mission to have a very efficient and effective administration.

The captain has set up pristine filing systems over the last several months. One of the things that he is most proud of is his file on every officer where he keeps emails where he directs them to do things. Such is a way he can keep up with the directions he gives and ensures they are followed. This culture he has developed of talking to officers only by email documents the agents work performance.

An officer comes in the captain’s office regarding a homicide case he has worked where he received two signed admissions from two co-defendants. The officer feels good about his case until he is cautioned by a District Attorney on the problems that may occur with the “Bruton Rule.” (A point of law that requires the right of confrontation of adversarial witnesses) The captain advises the officer that “it is a good case, don’t worry about it”, and he will get with them later. During the same period of time, another officer pressures the captain on a case regarding a lead that was sent to a fellow officer to cover for him. This officer cannot successfully prepare his case for the District Attorney until the other officer completes the lead. The other officer in question has told the captain that the lead is not important and it deals with an issue in the case that has nothing to do with the prosecution and is “just a rumor” that doesn’t need to be followed up. He tells that officer to table the case and they will move forward later.

The on-call officer for the upcoming week has just been notified of a mandatory training day during their call. The officer reports this conflict that is beyond her control to the captain. The captain tells her “find someone to swap call with you, and then let me know.”

After a quarterly car inspection, the captain finds one officer out of the 12 that has not been changing his oil in a timely fashion. He will not tolerate this due to the problem with keeping good vehicles within the work unit. He calls an immediate office meeting and gets onto everyone about the importance of oil changes and how they should ensure they maintain their vehicles.

The chief drives down to visit as a result of a successful conclusion to a major incident the office worked. The chief praises everyone regarding the outstanding work performance and end results. The captain replies, “Me and my officers worked hard. I put a lot into this case.”

The captain calls an important office meeting regarding an upcoming inspection of the office. On the day before the meeting, an officer calls the captain very sympathetically and tells him that his wife (a school teacher) cannot get off of work to carry their daughter to the orthodontist regarding an infection that has occurred with her braces. The officer goes on to advise that the grandparents are out of town and not available to help and he must be the one responsible for carrying the daughter to the doctor. The captain tells him that he will work with him this time, but in the future he needs to have alternative choices regarding child care.

At the office meeting after the captain covers his directives for inspection, he talks about the upcoming holidays and an office Christmas party. The captain tells everyone in the work unit that he wants to have a dinner at a local restaurant he likes, it will be Dutch treat for everyone involved, and that everyone will bring a present not to be over $40 for playing “Bad Santa” after the meal.

The Christmas party occurs. The lieutenant, one support staff member, and three officers are the only staff that shows up. The captain learns from his trusted officer that he has the relationship with that there are mass rumors throughout the office that the inspection team responsible for the office inspection has received numerous complaints regarding the stress in the unit and the captains leadership and management skills.
INSTRUCTIONS

First, identify each problem issue in this case study.

Second, discuss why the problem issues are important to recognize and how they can adversely affect the captain’s subordinates, and then give thought as to what could have been done differently. 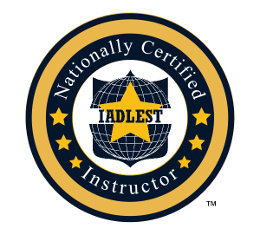